About two weeks ago today (November 30, 2013) was probably one of the best and saddest track days I’ve ever had. I learned a lot like how to properly shift weight in the miata, how to slide on four wheels, and how to properly throttle steer a RWD car. At the end of the day…it took a toll. On the way home from Rosamond, the heavenly blanket of night filled the sky with it’s beautiful lack of light, allowing the glimmer of the stars to shine brightly in the distance of city lights that fly by in a pattern. My eyes grew heavy, and my car veered to the rumble strips of the lane I was driving in. My eyes flew open to James Bersales’s Lamborghini gray Honda Fit passing me by, to which I made certain to stay awake the rest of the way home. I stared death in the face that day. Little did I know, when I got home and signed on to facebook, my news feed was flooded with certain news that was actually hard to stomach.

After skimming other’s FB posts of pictures of Paul Walker thinking they were just something for the upcoming Fast and Furious 7 movie due out. The one post that caught my eye was a tabloid meme that was made stating how the car crash with Paul Walker was fake. After immediate investigation, it was quite conclusive that Paul Walker died instantly in the crash. But as gay as it sounds, my heart sank at the realization of his passing. Thus, this posting will be of Paul Walker, and how he impacted a generation of ricers and racers alike. “The Fast and the Furious”, the first ever to the movie franchise, was a big hit across all genre of movies, inspiration, and culture alike. And I mean that in the most sincere form of truth possible. From the “one liners” to the epic car scenes…the first of the movies sparked a level of controversy within car enthusiast culture that still has yet to be matched. Whether you love or hate the franchise, almost everyone in the motorsport industry knows of it and how much of a failure (or success…depending on how you look at it) it was. But the movie wasn’t Paul Walker. In the later movies however, we all fell more in love with his character…but that character, still wasn’t Paul Walker. So who was he…and what did he do?

Paul Walker was an actor. He was a car enthusiast, a surfer, an overall adrenaline junkie…a father, a Christian, a friend, a son, a brother….he most definitely was(is) all these things, and much more. To say he introduced us to the motor sport industry is a flat lie because he didn’t, we were always into cars and we all do motor sport for our own reasons, even if it truly is to live a quarter mile (or a minute and a half) at a time…which btw was recited by Vin Diesel, not Paul Walker. So to put him on pedestal and say, “he introduced me to cars” is…in my most honest and humble opinion, a cop-out and excuse to justify a means of working on cars. However, we can’t totally discount his role in this world…and that role is that of inspiration.

In 2001, I watched the movie at Los Cerritos Town Centre Edwards theater. When I came out, I wanted a orange car made by Toyota. And I wanted blue eyes so chicks would drop panties. When “Into the Blue” came out in 2005, I wanted chiseled abs and built chest and wanted caucasian skin. Then, when “Fast and Furious” came out, I wanted to be refined in the middle class, suited and booted with slim fit ties. As his character grew in his movies, my aspirations persued. In 2010, we saw Paul’s moving faith when he introduced the world to Reach Out World Wide, a non-profit registered organization bent on helping those in need around the world from disasters (more info can be found here: http://www.roww.org). So in that, Paul was not just the Brian O’conner we knew in the movies, he was also a genuine person that cared much for the people of the world. 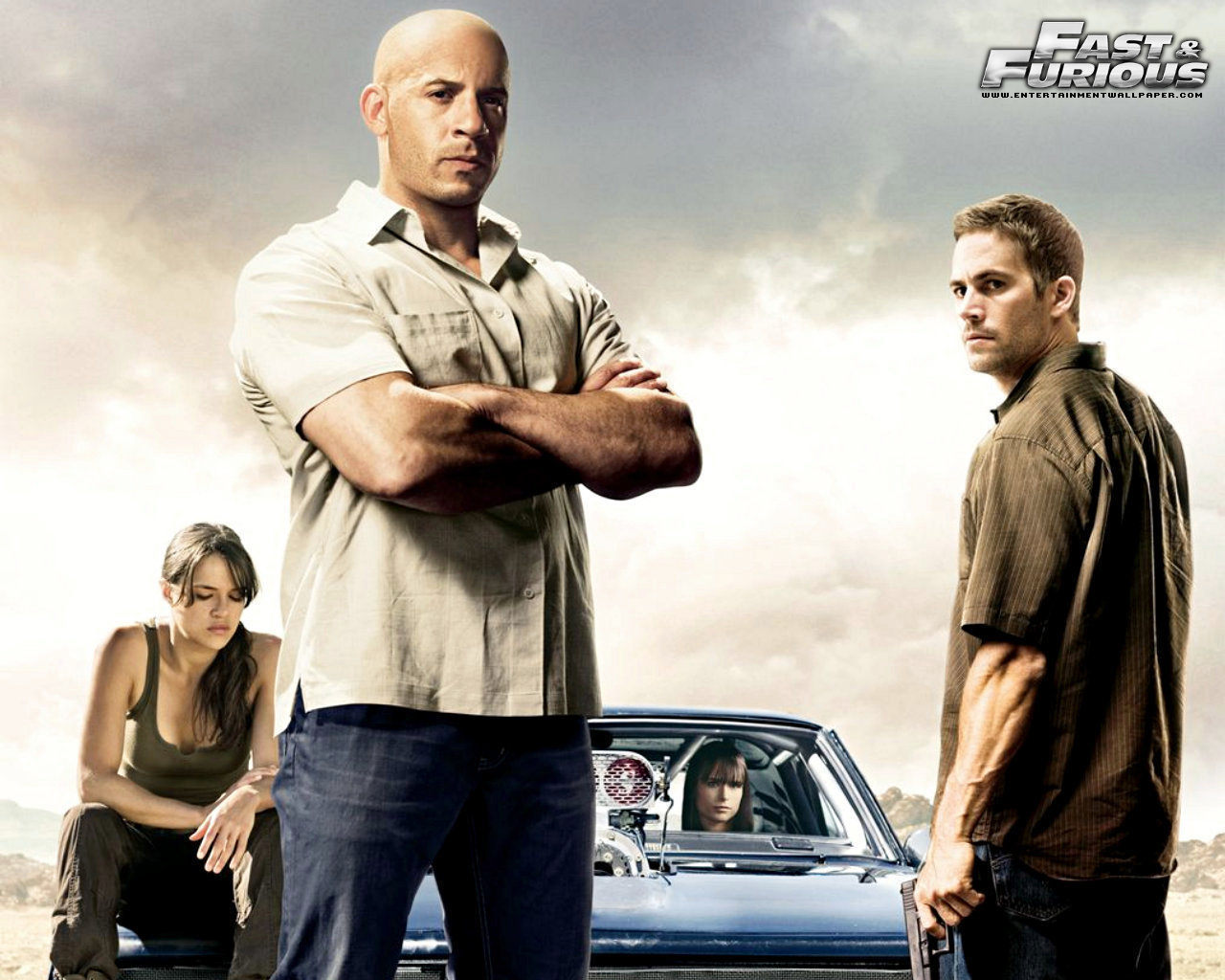 So as you finish reading this entry, let’s all honor him and pay tribute by buying the latest of his full length featured film that he was apart of, “Fast & Furious 6”. Some of the proceeds will go to benefit Paul Walker’s cherity, ROWW, so you can have the piece of mind in honoring him, not by flowers at the crash site, but by making sure his dream lives on. On that note, please be safe…on…and off the track.

Some say, those who do alignments are just firestone workers. But I say nay! These alignment workers from firestone are silent assassins of death. With brimstones and sticks, these works conduct the best alignments you’ve ever seen. As they drive up the alignment rack scraping every piece of your lip off, they ninja their way under your car and make adjustments that make you go left when you mean to turn right. It’s like the movie “Cars” made by pixar/Disney…but instead, it actually works.

Therefore, I opted to do my own alignment. PERFECT TIMING TOO since I changed my manual steering rack to a (bear with me folks) de-powered power-steering rack. A good friend of mine, Wred joined me in installing the steering rack, and a little later, so did Bench, another good friend. In the midst of the steering rack install we encountered some problems…as instructed per interwebz, we attempted to remove the outer-tie rods so we can remove the rack as a whole instead of separating the steering pieces. We started on the passenger side, and as you can see below, that didn’t turn out so well: After taking a sledge hammer to the rounded part of the knuckle for three hours, the ball joint finally dropped. Okay, so we weren’t really hammering the knuckle three hours straight, but after taking brakes, soaking the threads with WD40, and after 3 hours, it finally came un-done with the whack of a hammer. Next up was to install the de-powered rack. It took some finessing, but the brackets I had weren’t meant for a powered rack, so we had to do some bending and slotting to line up the bolts properly. After that was all said and done, it was the fun part…aligning the toe.

Initially after install, we did a quick and dirty job for the toe. We didn’t roll the car after each adjustment, and we didn’t evenly measure the tie rods. So the next day, I made it a point to contact a good friend (GF Suspension) who is a wiz when it comes to suspension to help me make the appropriate adjustments. Since he’s out in corona doing impressive work with Massimo Power, we communicated through facebook. The first step was to measure the tie rods, and make sure they’re at equal lengths from the lock nut to the start of the thread on the inner tie rods. It didn’t matter if the toe was off since we were just getting base measurements. Once we have that set, we made adjustments by putting more of the inner tie rod into the outer tie rod (otherwise lengthening or shortening the threads on the inner tie rod). After making even adjustments by turning the tie rod the same number of times on both sides, we rolled the car and re-took measurements. We did this a few times and even made small adjustments to get the steering wheel position correctly centered. At the end of the day….I must say, I absolutely, POSITIVELY, HATE the de-powered power steering rack. Yes the steering ratio is smaller (15:1 vs 18:1), yes a smaller steering wheel helps with the feels, but the stiffness…and the work entailed to get everything working correct just wasn’t worth it. In the end, I ended up breaking my clock-spring because of seized rusted shafts that didn’t want to let go of each other. Also…because I didn’t do enough research apparently, I have about 1cm of steering wheel play because I didn’t weld the input shaft of the rack like I was supposed to.

Needless to say, I will be going through this whole ordeal again as I swap back the manual rack before the next Dreamer Soul track event.

That’s all for now…HAPPY HOLIDAYS! Turkey, ham, mashed potatoes, burnt rubber, high pitched screeching, adrenaline bursting…this will be an adventurous weekend indeed.  When you’re done spending time with family, or murdering others in line for snagging your XBone or PS4, come out to Rosamond, CA and spend a day at Streets of Willow.

Register here if you’re interested in coming out to join Dreamer Soul at the event.  We’ll likely have a bbq going (assuming it doesn’t rain).